The Museum of Western Art in Kerrville has been named one of the Top 10 Museums of the West by True West Magazine. This western-based magazine has been publicizing for over 65 years to promote the Old West to people from around the globe. Dr. Darrell Beauchamp, Executive Director of the museum, says MoWA aligns well with True West’s mission. “It is a true honor to receive this prestigious designation for the 2nd year in a row. It is a testament to what our museum represents, “a bridge between the past and the present, ensuring that the legacy of the American West will be preserved for the future.”

The museum is home to a treasure of original art by some of the most recognized names in the western art world. The grounds are dotted with larger-than-life-size bronzes that flank the rugged structure, which opened in 1983 as the Cowboy Artists of America Museum and was designed by Texas architect O’Neil Ford.

Currently on display in the main gallery are pieces from its permanent collection. Included is a 1909 oil by legendary western artist Joseph Henry Sharp, who once was commissioned by President Theodore Roosevelt to paint the portraits of 200 Native American warriors that survived the Battle of Little Bighorn.

A special exhibit is also featured in two of its galleries. Luckenbach Legacy: Hondo’s Daughter Becky Crouch Patterson showcases the artist/designer/writer's original art, tapestries and apparel in addition to memorabilia from her father, Hondo Crouch, the legendary self-proclaimed mayor of Luckenbach, Texas. This exhibit will be on display until September 17. 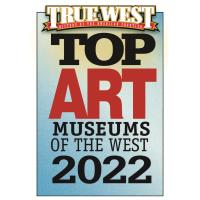 Museum of Western Art, The